I just read on Fifth Motif's facebook page that my doll will ship next week (an avatar blue Goohwa for me).... I'm so excited even if I don't get to play with him (as he is shipping straight to my Sister's place in Denmark). Today his outfit arrived, so when he shows up, my sister will dress him and show me pictures. I'm so excited. His wig is still being made, but I don't expect it to ship until the end of December.

And because I keep falling in love with dolls, I bought a Les Enfants Terribles Don head. To me that head is amazing. I love that he does not look young, and he is just the perfect head for Rover (a character I hope to introduce later, but he is inspired by Aragon in Lord of the Rings). 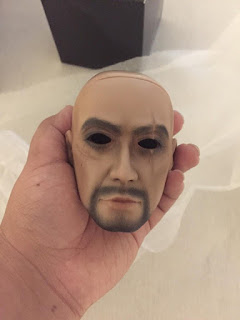