Gods; who are they?


The gods are in many ways just the same gods as always. 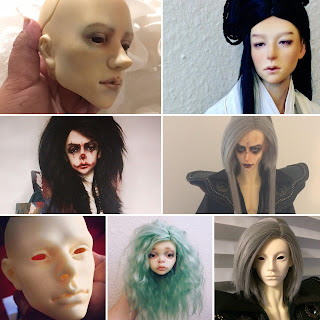 Et was lonely and created Diahr by ripping off his own arm and creating Diahr from it (he could have just created Diahr from nothing, but felt they would be closer if they were made from the same material). They were all that existed and they were happy. They lived in the Palace Beyond, which Et created for them.

Diahr cried for the loss of Et and wanted him back. He broke two pieces of stone from the surface of Et’s back. Diahr tried to create Et, but ended up creating Baby 1 and Baby 2 instead. They were only babies and looking at them, Diahr realized that he had to take care of them. The babies brought some happiness back into Diahr’s life.

The stone planet (formerly known as Et) was a constant reminder of Et for Diahr. One day grass started to grow on the planet and Diahr decided to do his best to make Et’s dreams come true, but he also knew he could not do himself because the pain was too much. He named the planet Etter. To help the planet grow, he took a star and broke it up. From one piece he created Sky Man and from another he created Sky Woman. He told them to take care of Etter, while he would remain in the Palace Beyond with the babies.

While Diahr was busy Baby 1 dared Baby 2 to eat a piece of the star. They both did and turned into adults. Baby 1 then took the rest of the star and crushed it. The star dust he spread all over Etter. When Diahr found out, he scolded him, and gave him the name of Khaos, because he created much chaos. Diahr also scolded Baby 2 and gave him the name of Balance, because he needed to watch Khaos and make sure he did not create too much chaos.

Khaos took a special interest in the dudali species and wanted to play with them. He was not interested in creating chaos as in war and disaster, but he always wanted to see how far he could push it and see what would happen. He is of course the trickster god.

Like Khaos Balance cared about the dudalis. Balance was watching Khaos, but his main focus lied in wisdom and the power of wisdom. His power comes from balancing power and wisdom and from balancing the wishes of the supreme ruler (Diahr) and Etter. Balance was the god of education, art, the written and the spoken languages, rhetoric, wisdom, war, health, magic, and he was the messenger of Diahr. He could speak on Diahr's behalf when dealing with Etter, though Diahr never said anything. He was de facto in charge of Etter and also had to take care of the Palace Beyond, and everything in between.

Balance was busy and stressed, but he could not leave anyone else in charge. Khaos wanted to help, so he created Harmony. He was supposed to be Balance’s helper, but Balance rejected him and Khaos didn’t really care. He had tried to help, but his help was no wanted, so he let Balance do whatever he wanted to do. Balance would not give up any of his power. Harmony spends most of his time walking Etter and helping individuals out. He feels like the outside-god, but he found peace of mind helping individuals.

Life cannot continue as it is...