Interviews with Morgan and Zombie (tagged by Akatsuki and Anori)

Both Morgan and Hamlet were tagged for these interviews, so here we go:
First up we have Morgan (before she met Nathaniel)... 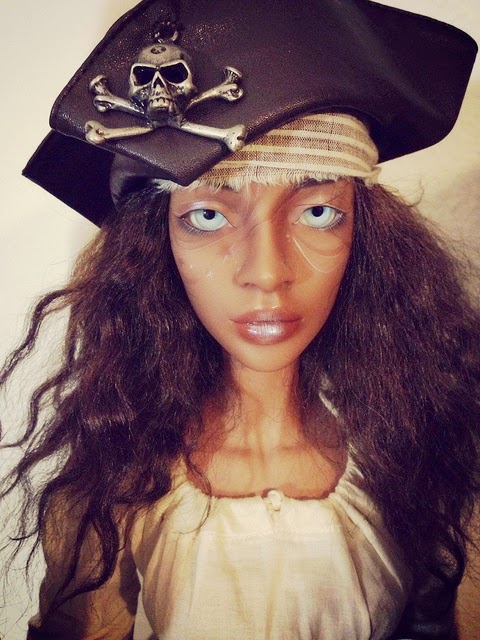 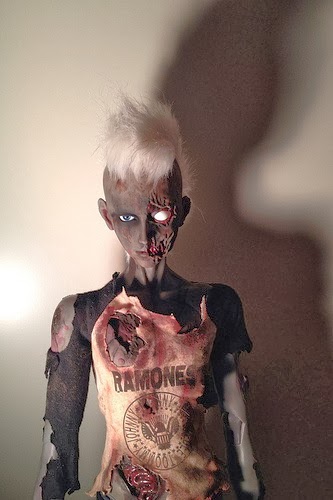 1) What is your name:
Hamlet Jones
2) What is your nationality/ethnicity?
I was born in England in a quiet little town. My parents ran a bed and breakfast when I was young.
3) When were you born/how old are you?
April 26th 1986. I’ve been told it was a day of many deaths but I don’t think that was my fault.
4) What is your race (human/angel/demon/etc)?
I am a human thought many consider me a freak.
5) Are you single or taken? Who is your lover/crush?
Single. I had a girlfriend before I was turned into a zombie but she left me.
6) Are you straight/bi/trans/etc?
Straight as a butterfly
7) Favorite hobby?
Contemplating the future and reading Shakespeare
8) Favorite food & drink?
My favorite food is human brains but I rarely get it. I need to eat brains to keep my own brain active. If I don’t, then my own brain will slowly decay and rot. But I don’t want to kill humans to eat their brains so I get brains from morgues.
9) Do you have a job?
No, no one wants to hire a zombie…
10) What is your favorite animal?
Pigs: their brain closely resembles the human brain, and I can use it as a substitute and I can easily get it. Did you know; the human and the pig brains are both gyrencephalic, which means the cerebral cortex of the brain has convolutions. A brain with more convolutions is associated with higher connectivity and complexity. Also the ratio of white to grey matter within human and pig brains are almost the same (about 60:40 white to grey).
11) What is your bad habit?
I don’t usually clean my clothes. I know it makes my sister frustrated but, I must admit, I kind of like the bloody clothes as they are.
12) What is your favorite hangout?
A morgue or a lab: a morgue for the availability of human brains, and a lab to make experiments on pig brains. I’m trying to infuse a pig brain with neural stem cells from a human in an attempt to make the brain even more human. If it works it might revolutionize the zombie-population’s feeding habits.
13) Do you have a favourite holiday?
No.
14) Dolls (from other families) you'd like to meet? I don’t really know. I’m sorry but I’m not good with names and new people. Is there a neuroscientist doll? I would love to discuss my research.
15) Would you briefly tell us your background? I was born in 1986 and my childhood was pleasant. My sister was born when I was eight and from day one we were the best of friends. I went to school and studied to become a doctor but unfortunately I got a strange sickness in my late teens. It changed my appearance and my mind. The doctors believe it’s some kind of encephalopathy (usually I just called it the Zombie Sickness). They don’t know if it’s caused by toxins or an infection of some kind. I am not the only case but not much is known about this sickness as it mostly strikes in underdeveloped countries. It is like the skin is rotting of my bones, and my mental abilities deteriorate as many tiny holes appear in the cortex of my brain: it will make my brain look a sponge eventually. But I found, the symptoms can be stopped by eating brains; human brains are the best but any brain that resembles the human brain is fine.
My sister lives with me now, because we don’t know how much time I have left. This sickness is eating away at my body. I wish to live each day without regrets.

And to continue this I'll tag:
Indsendt af HappyCatTaxi kl. 14.52