Most of you probably noticed I've received a new doll; Iplehouse EID Rex.
He was an auction on Iplehouse's site and therefore I got him shipped for about half price of what he should have cost.

Ever since Iplehouse started their Carved Haritage series I've been dreaming of pirate dolls but none of them were what I wanted... until Bane came. His outfit was so cool, and his face was amazing. Until I saw it blank. Bane's blank face was boring and I couldn't make up my mind if I wanted him. So I joined a split for his outfit and sword.

My favourite EID man is Rex. There's something about his lips that I love. I had been thinking of getting him in light brown but I wanted to wait until I've played more with Lille_Aki's EID Chase. Then Iplehouse made an auction for Rex and I was sold. I wanted him and I got him :)

I have settled on a name now, and I now some of his history. I will enjoy figuring out the rest including how he met and fell in love with Morgan O'Malley (considering her allegiance was to France and his was to the Kingdom of England)

Sir Nathaniel Henry Milton (born ca. 1625) is a Welsh privateer, pirate, and admiral of the Royal Navy, who made a name for himself in the Caribbean. 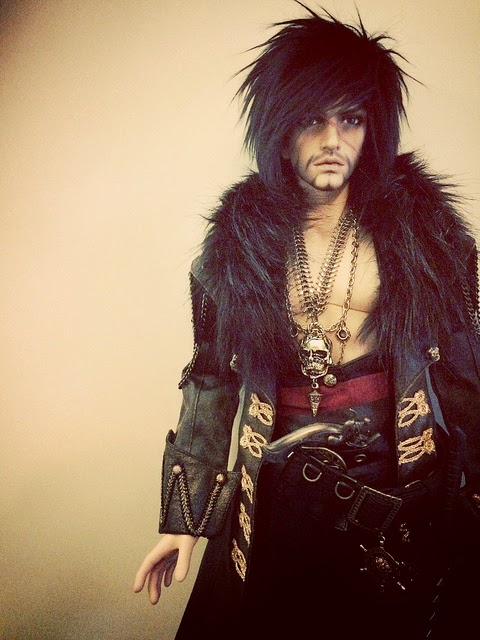