I have been quite busy with school. It's been a hectic semester, but we just finished and I am happy. I think, quite a lot has happened in my bjd-family since my last update. Here are some of the things that happened and some pictures.

I received my Soom Dia from Fantasywoods, but he is still packed away. He and my Elfdoll Ruru hybrid are supposed to be siblings, but I haven't worked on them yet. I have ideas, but I need to have them in my own hands and not using the pictures Avi sends me.
However, I discovered that Soom brown tan is a pretty good match for Les Enfants Terribles tan resin, so my LET Don head stole the body from Dia. Then my new mission was to find a Soom Super Gem boy body in brown tan from 2013, so both Dia and Don could have a body. That was actually pretty easy and the body is in customs at the moment, so hopefully within a few weeks Dia can have his body back and Don can have the new body. 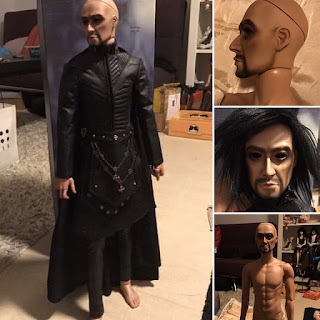 I didn't mean to enter any Volks lotteries, but when they rereleased Williams again, I just couldn't resist. I didn't actually think I would win, but I had to try. So far I believe I have won all the lotteries I have entered from Volks, so that is a pretty good statistics.
He is packed away until I have time to work on him. 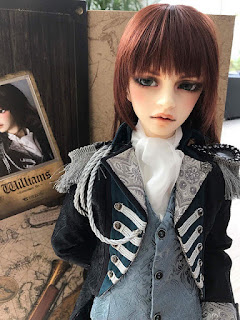 Goohwa has been painted. He was painted by the talented Koala Krash (link to her Flickr). I love how she painted him and I am so excited to see him in real life.
Credit of this photo goes to Koala Krash, but I have been allowed to share him. 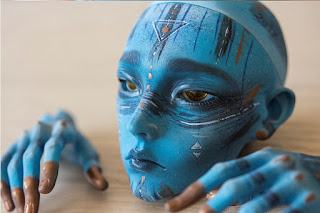 Yakumo is coming along nicely. He needs a new faceup soon, because the clown face was not meant to be his permanent faceup. I do hope to find him a better body in the future. Right now I am considering the Universe Doll body. I should also make him a new wig in the future. This one didn't work out as planned and look very weird from specific angels. It does however have the puffy thing going for it. 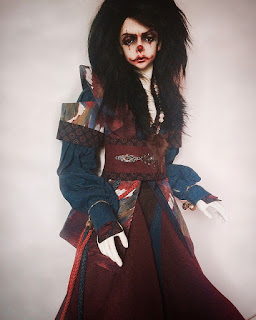 Legend Doll has informed me that my package (bought on December 6th) has been shipped. It is just clothes and stuff, mostly for the Ruby twins, but it took such a long time.
The twins are supposed to be steam punk. I always loved this style, and I think the twins can do.